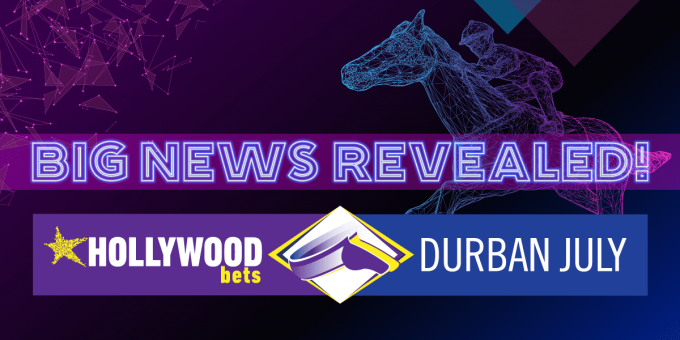 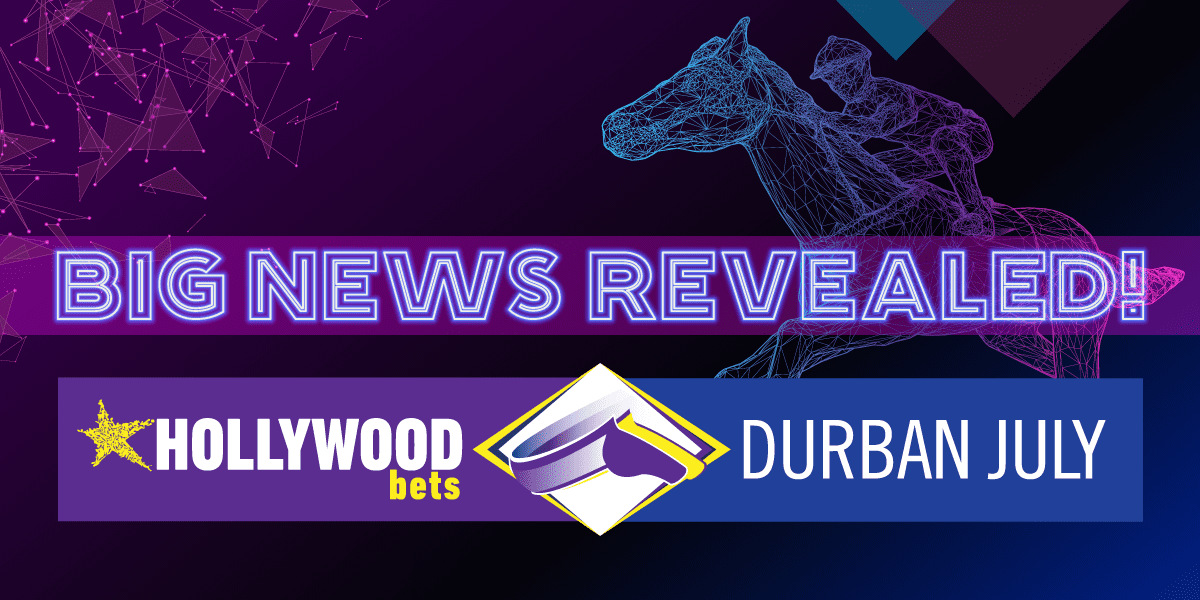 A race with a rich and proud history of being contested by generations of champions of the turf over 125 years, and internationally acknowledged as Africa’s Greatest Horseracing Event, the Durban July will be sponsored by South Africa’s leading betting operator Hollywoodbets, with effect from the 2022 renewal on Saturday 2 July.

The announcement of the new headline sponsor for the 2200m Grade 1 spectacular was accompanied by the news that the race will enjoy a prize increase of 250% over the 2021 offering and will carry a record stake of R5 million. Hollywoodbets thus join Rothmans and Vodacom as only the third sponsor of the great race in 59 years.

In recognition of the vital role played by Grooms in the racing industry, Hollywoodbets and Gold Circle, simultaneously announced an increase in the awards for the Grooms of winning horses from R1 000 to R2 000 per race, for the months of March, April and May. This joint venture between the operator and Hollywoodbets, known as the Grooms Initiative, has already put almost R2 million into the pockets of a key sector of the industry since the launch in 2019.

Well-known as a community-focused brand, Hollywoodbets, has a long-standing investment into the growth and success of horse racing, along with the upliftment of the communities within which they operate.

The Hollywoodbets Durban July is the flagship event on the East Coast’s KZN Champion Season roster, which will also be the recipient of a major stakes injection of R13 million. The increase in prize money for South Africa’s preeminent racing season will apply to both feature and minor races run in the holiday province from 1 March to 31 August.

These ground-breaking announcements, which will be music to the ears of racing fans and the sport’s stakeholders countrywide, were made jointly by KZN racing operator Gold Circle and Hollywoodbets at an enthusiastically patronised cocktail function at Hollywoodbets Greyville on Thursday evening.

The landmark City racecourse has been home to the Durban July through two World Wars, and the international sporting event dates back to Saturday 17 July 1897, when Campanajo crossed the line first in what was then a mile contest.

“This is a watershed moment for Hollywoodbets as we proudly take the reins of this unique event. The success of our business was built on the foundation of horseracing, and now we are able to continue this legacy with the assistance of a powerful platform. It is a huge honour for us.”

“We aim to be more than just a title sponsor,” Bhengu said. “We align ourselves with projects we truly believe in, and the Hollywoodbets Durban July has the potential to spawn incredible opportunities and transformation.”

Ms Bhengu said that the vision for this era of the Hollywoodbets Durban July is to open the thrills and benefits of the racing industry to a wider demographic.

“The magnitude of this event extends way beyond just horse racing, covering tourism, entertainment, fashion and small to medium businesses. The reach and influence, both brand wise and economically, provides employment for thousands of people.”

Events and Marketing Executive at Gold Circle, Stephen Marshall said, “The Durban July is perhaps the most unique South African event in the manner it has mirrored our country’s own national journey. It has gone from strength-to-strength over the past 20 years because the social profile of the participants, attendees and audiences have undergone transformation on a parallel path with our society as a whole.

“With Hollywoodbets having joined us on this epic journey we hope to continue the legacy we have built,” he concluded.

The Durban July injected almost R300 million in GDP to the economy in 2019, the last year that the public was permitted to attend. It is an event that involves more than just the race day.

In a rousing climax to South African horse racing’s best news all year, Hollywoodbets and Gold Circle extended an invite to everyone to join the incredible build-up to the big race day with showstopping entertainment and events planned around the city for the whole week, as well as after the event which will support a wide range of commerce.