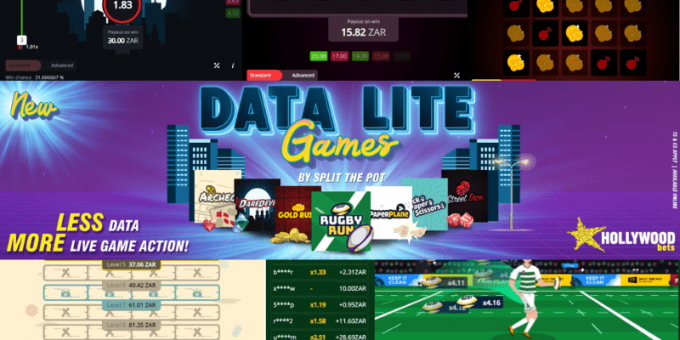 Hollywoodbets have launched 7 new unique and fun games called split the pot, which offers a variety of cash-out style games that are action-packed, and have the added benefit of being light on data usage. The split the pot games on Hollywoodbets start from as little as R1 a bet, and you can win big if you hold your nerve and cash out at the right time, or make a string of correct guesses. In this guide we are going to take a look at each of the new games, as well as explain how they work.

Paper plane is similar to the popular Aviator game, with a few differences. The aim of the game is to predict the distance the plane will fly during the game round. Players can move the slider between 1-100m, and predict if the plane will fly over or under the predicted distance. 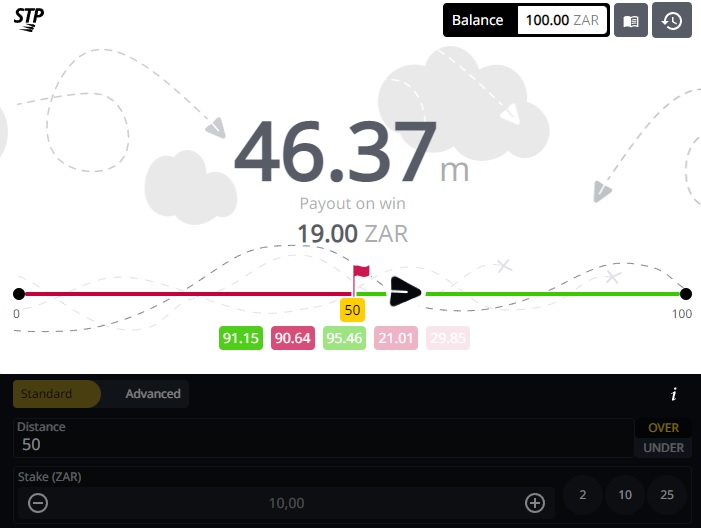 To play simply set your stake amount, set the distance and choose if you want to play over or under. Paper plane is one of the easiest split the pot games to play, and there is no need to try and time your cash out like you would in the Aviator game.

Gold Rush is similar to the classic video game Minesweeper, where you click to reveal pieces of gold under hidden tiles. The more gold you reveal the higher the cash out offer, but if you click on a bomb then the round ends and you lose your bet. 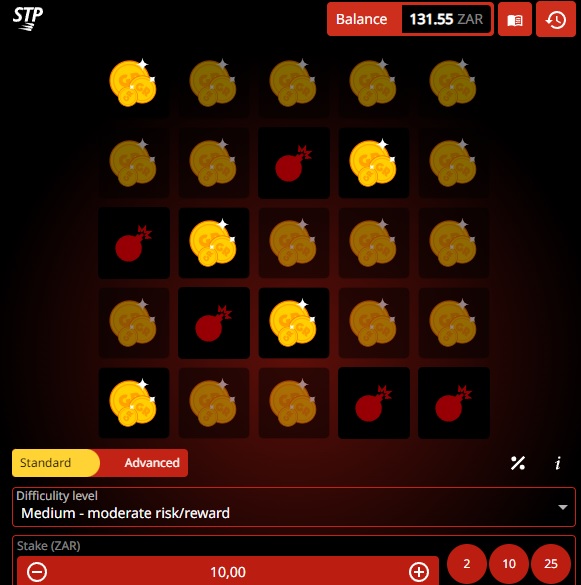 Gold Rush offers 4 difficulty levels, easy, medium, hard and insane. The higher the difficulty level the greater the odds, but there are also more bomb symbols on the card, making for challenging yet rewarding game play. You can also choose if you want to play a 3×3 or a 5×5 cards under the advanced options.

Dare Devil is similar to Paper Plane, but with the chance of hitting a 1,000,000x multiplier! Predict how far the Dare Devil will climb up the pole and if he passed your prediction you’ll be paid out as a winner, but if he fails to reach your prediction the bet will be settled as a loss. 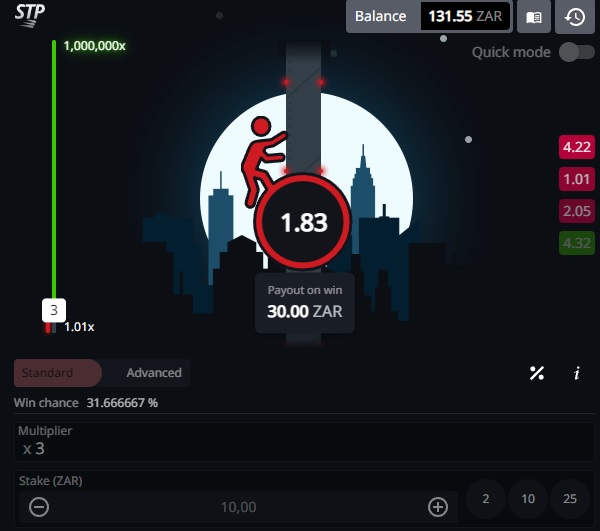 The game is simple to play, and the handy multiplier meter is useful to see what you can expect to be paid out should your bet win. To play simply use the slider to make your prediction, enter a stake and watch the Dare Devil climb.

Dice is a popular game among casual and experienced players, and street dice brings the action of a dice game to your screen. There are several betting options including predicting over / under, correct dice roll and ranges. 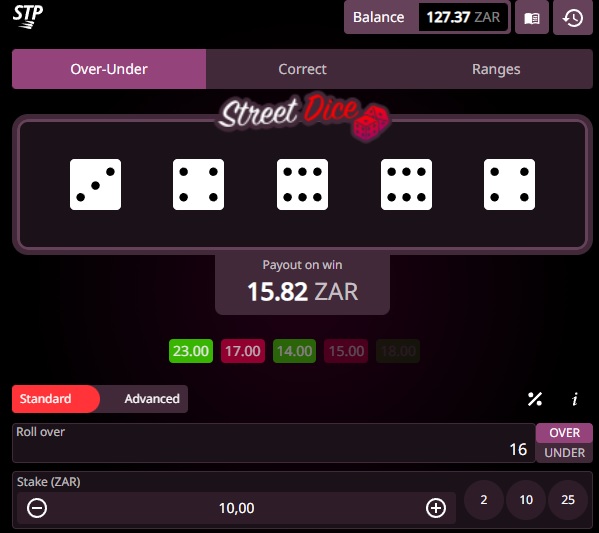 The street dice game is complicated to play at first, but after a few rounds you’ll soon get the hang of how it works. It’s not one of our favourites, but we’re sure there will be players out there who will appreciate all the betting options that this dice games offers.

Rock Paper Scissors, there’s not too much to say about this classic game that most players will have played at some point in their lives. 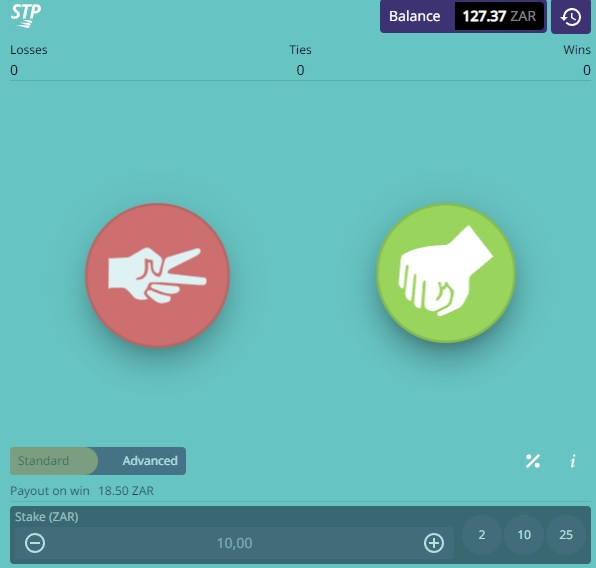 Rugby Run is very similar to the Aviator game in the sense that it is a live game that requires you to hold your nerve and cash out before the running rugby player gets tackled. 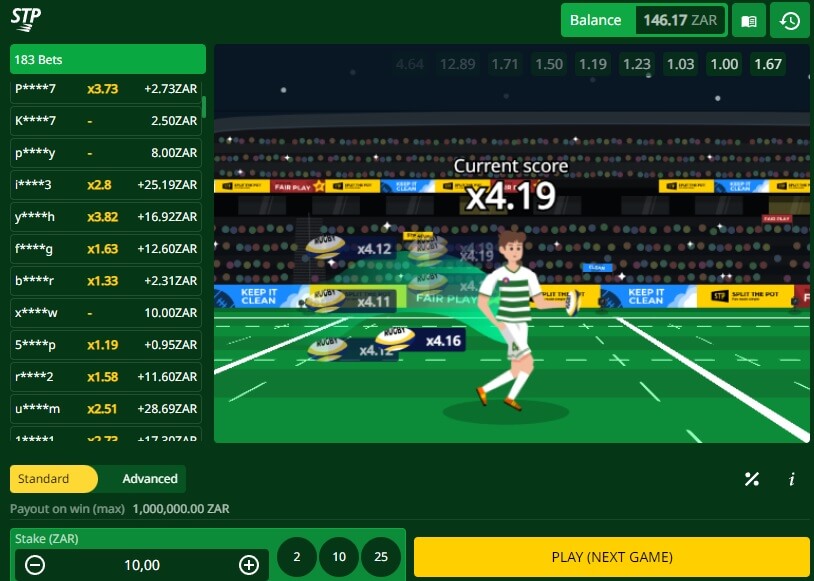 The further the player the runs the bigger the multiplier, and you can cash out at any time before the player is tackled. The twist is that you never know when the tackle might come, making it a tense yet exciting experience. We’re sure that Aviator fans will enjoy this game, and it’s a good fun to watch the player hit a big multiplier before hitting the cash out button. Once the player is tackled the round ends and a new one begins.

Archeo is a treasure digging inspired game where you earn bigger multipliers for each level you reach. The deeper you go the more your cash out is, but you need to guess where the treasures are on each level to get to the next level, guess wrong and the round is over. 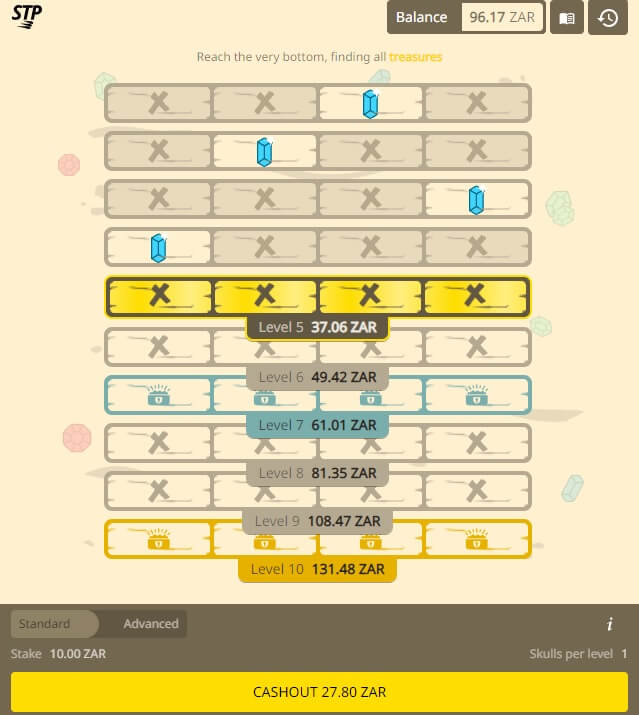 Like gold rush there are 4 different difficulty levels you can choose from, easy, medium, hard and insane. The harder the difficulty level the greater the reward for guessing correctly. You can also cash out at anytime should you guess correctly, and there are a total of 10 levels to traverse in your quest for treasure.

Our verdict on the Split the pot games

The Split the pot games are fun and engaging, however they are missing some key elements like sound effects and music. The lack of sound does break the immersion, but does help keep the data cost down if you are worried about that. Our favourite is Rugby Pass, while the least fun game has to be street dice or rock paper scissors. Overall the games are solid but nothing spectacular. You can check the games out on Hollywoodbets, or read our Hollywoodbets review to find out more on the different casino games and sports betting on offer.

Watch our video of the Split the pot games in action