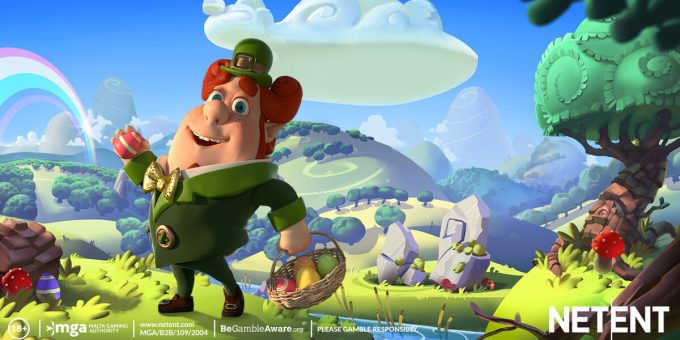 Supabets have recently added a host of new slot games from different providers to their instant games portfolio. One of the bigger names that South African slot players might recognize is Netent, who are part of the famous Evolution Gaming group, the same group that brought exciting live games like Crazy Time, Lightning roulette, and Mega Ball to our screens. There are over 65 slot games from Netent that are now available on Supabets slots for customers to enjoy, a first for South Africa! In this guide, we are going to run through some of the most popular Netent slots for players to try. Where to find Netent slots on Supabets

To access the Netent games you’ll need to login to your Supabets account, then look for Instant Games on the menu, clicking this will take you to the slots lobby, where you can see all the games on offer.

There are 65 different slot games from Netent available on Supabets, and we’ve listed a few of the best ones to check out below. These are games that are popular internationally, and should be a big hit with South African players too.

Dead or Alive 2 is a five reels, three rows, and 9 fixed paylines slot, with a fantastic Wild West theme. Spins start from 90c on Supabets, and there are some great free spin features to choose from in game, including sticky wilds, sticky wild multipliers, and an increasing win multiplier, should you get lucky. 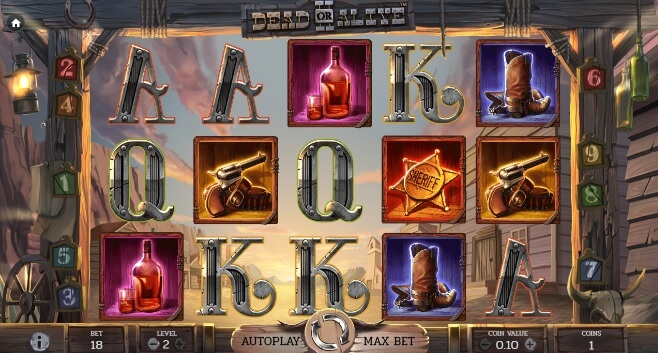 Dead or Alive II has a very high RTP of 96.8%, is a high volatility slot and a maximum bonus multiplier of 2500x. It’s a popular game with streamers, and is definitely one of the best Netent games to play on Supabets.

The Starburst slot is a 5 reel, 10 payline slot with a star / gem arcade theme. It’s also on of the most popular slot games that NetEnt have released. Wilds can appear during gameplay, and can expand to give player up to 3 respins, leading to some big wins. 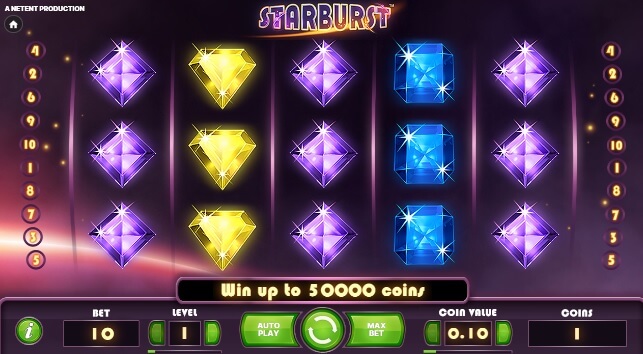 Starburst on Supabets starts at R1 a spin, and has an RTP of 96.09%. The maximum win you can hit is 500x your stake per spin. The game is also very engaging with it’s bright colours and banging soundtrack, another game worth having a few spins on.

If you’re a Evolution Live game player then you’ll have seen the popular Gonzo’s Treasure Hunt game, which is actually based on the Gonzo’s Quest slot, a 5 Reel, 3 row slot with 20 paylines. 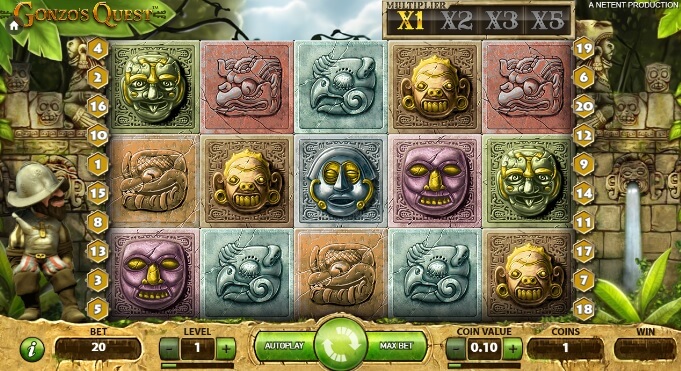 Gonzo’s quest has free spins and drops that make for exciting gameplay, and players can expect a solid 96.00% RTP in this medium to high volatility game, which starts at R2 a spin on Supabets.

The Guns N‘ Roses video slot by NetEnt has 5 reels, 3 reels and 20 paylines. The Band logo is Wild substituting for all other symbols except the Bonus. It can land anywhere on the reels beside on reel 3. The game has a host of bonuses you can hit during play, as well as a classic rock soundtrack. 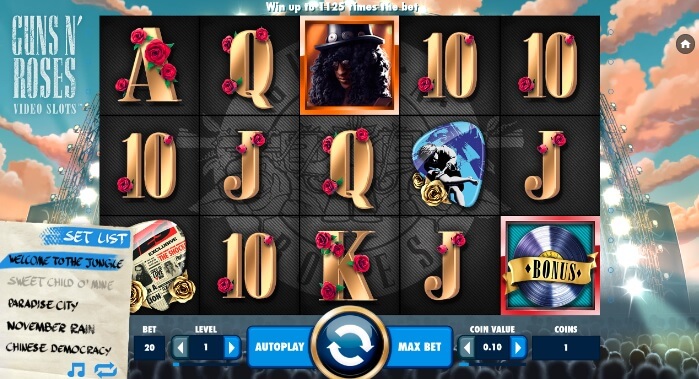 Gun N’ Roses by Netent has a solid 96.98% RTP, and starts from as little as R2 a spin on Supabets. It’s perfect for rock fans, and even better for fans of the legendary Guns N’ Roses band!